Exploring Mental Health and Game Communities in Virtual Reality – Inside the Making of GOLIATH: PLAYING WITH REALITY

XR for Change (XR4C) supports the rapidly-growing sector at the intersection of immersive technologies and impact. Since 2017, Games for Change has been exploring how XR technologies can address real-world challenges and drive social change, with widespread applications in healthcare, education, civic engagement, and more.

In September 2022, Games for Change produced an XR4C event to spotlight GOLIATH: PLAYING WITH REALITY at ONX Studios in New York City. In collaboration with The Mental Health Coalition, Tribeca Festival, and VR for Good, G4C hosted an intimate gathering to celebrate GOLIATH’s Emmy nomination.

The experience included screenings of the project, artist performances, and a panel with the creators of GOLIATH. The event was attended by representatives from leading organizations, foundations, and policymakers working in the mental health sector. A recording of the event is available to watch on the G4C YouTube channel.

This guest blog post is written by May Abdalla (Co-Founder/Executive Director of Anagram and Co-Director of GOLIATH: PLAYING WITH REALITY), offering a first-hand account of the making of GOLIATH and using VR as a tool to emphasize connection.

GOLIATH: PLAYING WITH REALITY is a true story about a man called “Jon” whose online name is “Goliath.” He was diagnosed with paranoid schizophrenia and spent many years in a psychiatric hospital. When he left that hospital, he faced the stigma and isolation of being labeled with that diagnosis – UNTIL he found online gaming. Under the pseudonym of “Goliath,” he became part of a vibrant and fantastical community playing games online, inspiring us to tell his story in a way that could promote empathy and arouse social impact.

In co-directing GOLIATH with Barry Gene Murphy, we wanted to find a way to give a perspective that’s very hard to show – such as what it’s like to be inside the mind of somebody with a diagnosis of schizophrenia. Virtual reality felt like the perfect medium for this. We had hopes of making something that would be useful and impart a service of social impact, but we’re also aware that VR is an experimental medium and GOLIATH is not a game; it’s more like an abstract, conceptual world. At first, I was worried audiences wouldn’t connect with it, but the opposite happened. Yes, we’ve received accolades and nominations and won awards. However, what has become even more touching for us are the comments that people have shared about how much they connect to the story.

Playing games for so many is really about protecting their mental health. It challenges the perception of gaming as something that isn’t good for people’s mental health because it’s also a really important way that many people can access community. Many people who are isolated due to prejudice and stigma can find normality in digital and virtual spaces.

Making GOLIATH wasn’t easy at all. There are many challenges when you’re trying to tell a story like this using VR, as it’s still quite a nascent medium. Our team was diligent in ensuring we did everything we could in all the different ways we could. We spoke with many different people about their experiences of psychosis. We had extended interviews with Jon, psychiatrists, and psychologists and read everything. We built prototypes. We did workshops using Tilt Brush to allow people to draw sketches to illustrate the things that are hard to articulate. 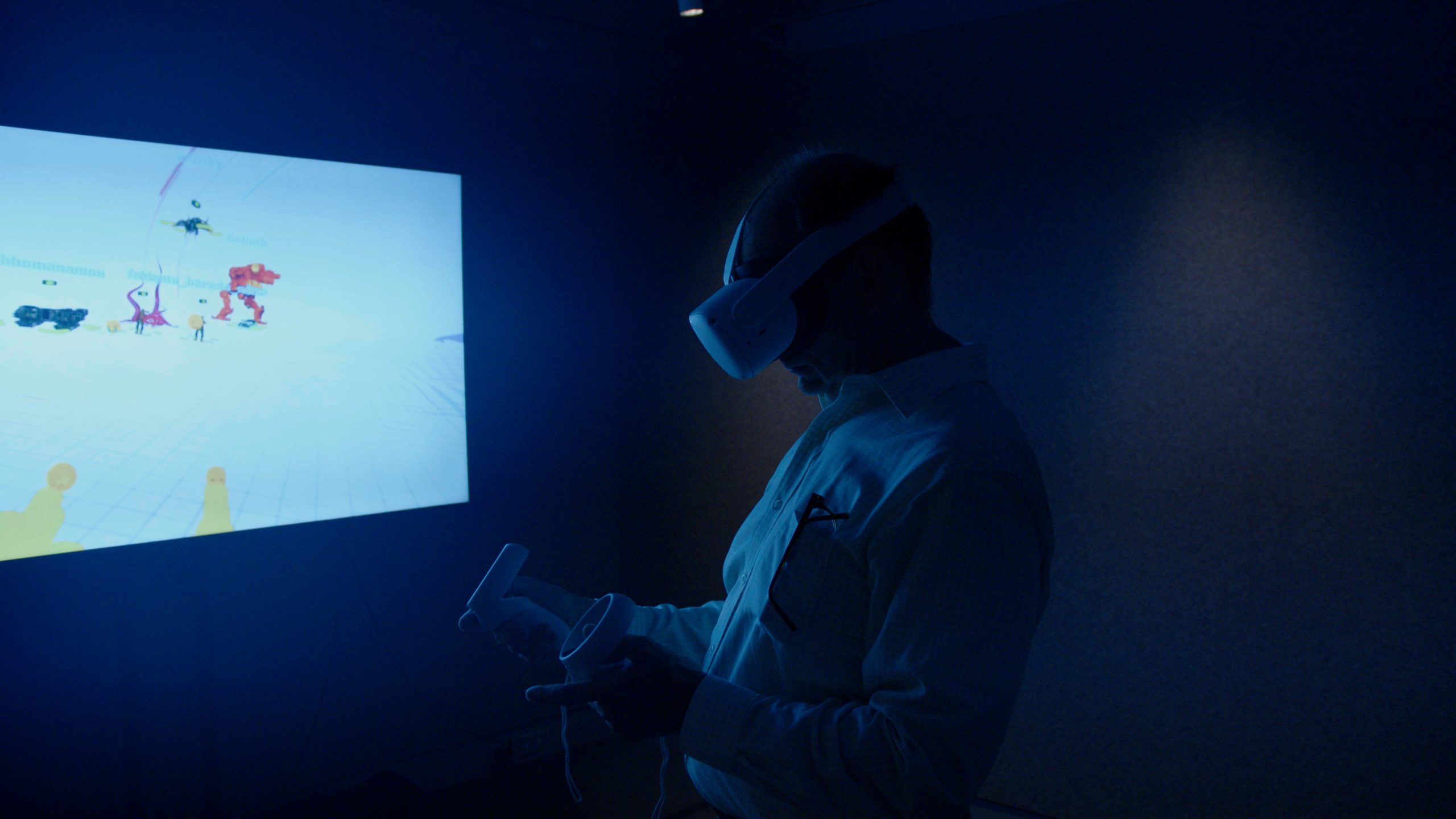 It’s my hope that people, after experiencing GOLIATH, will reconsider their own relationship with reality. Gain a sense of understanding that there are people out there they couldn’t relate to because they’re represented on this extreme end of the spectrum as the criminally insane or portrayed in horror movies made out to be monsters and our worst nightmares. But the reality is, there’s something extraordinarily human and relatable inside this experience that many people know and are familiar with. In many societies, it is difficult for some people to feel like they can reach out for help and connect with others.

It was also very important that the story of Goliath expresses the importance of connection and how yes, this might be a mysterious condition, but connection, friendship, and compassion really still matter and everybody has the capacity to offer that.

Technology is obviously something that people are interacting with constantly. What makes me most excited about this space is figuring out ways that our experiences with different types of tech can be nurturing, valuable, and bring some learning- without necessarily feeling like school. I believe there’s a massive opportunity for creative storytelling in these mediums that break many of the conventions that we are used to. It’s not linear; it’s not passive…it could be worlds meant to be explored. Using these immersive storytelling tools to make sense of new environments is exciting and offers lots of opportunities for the imagination to take hold. 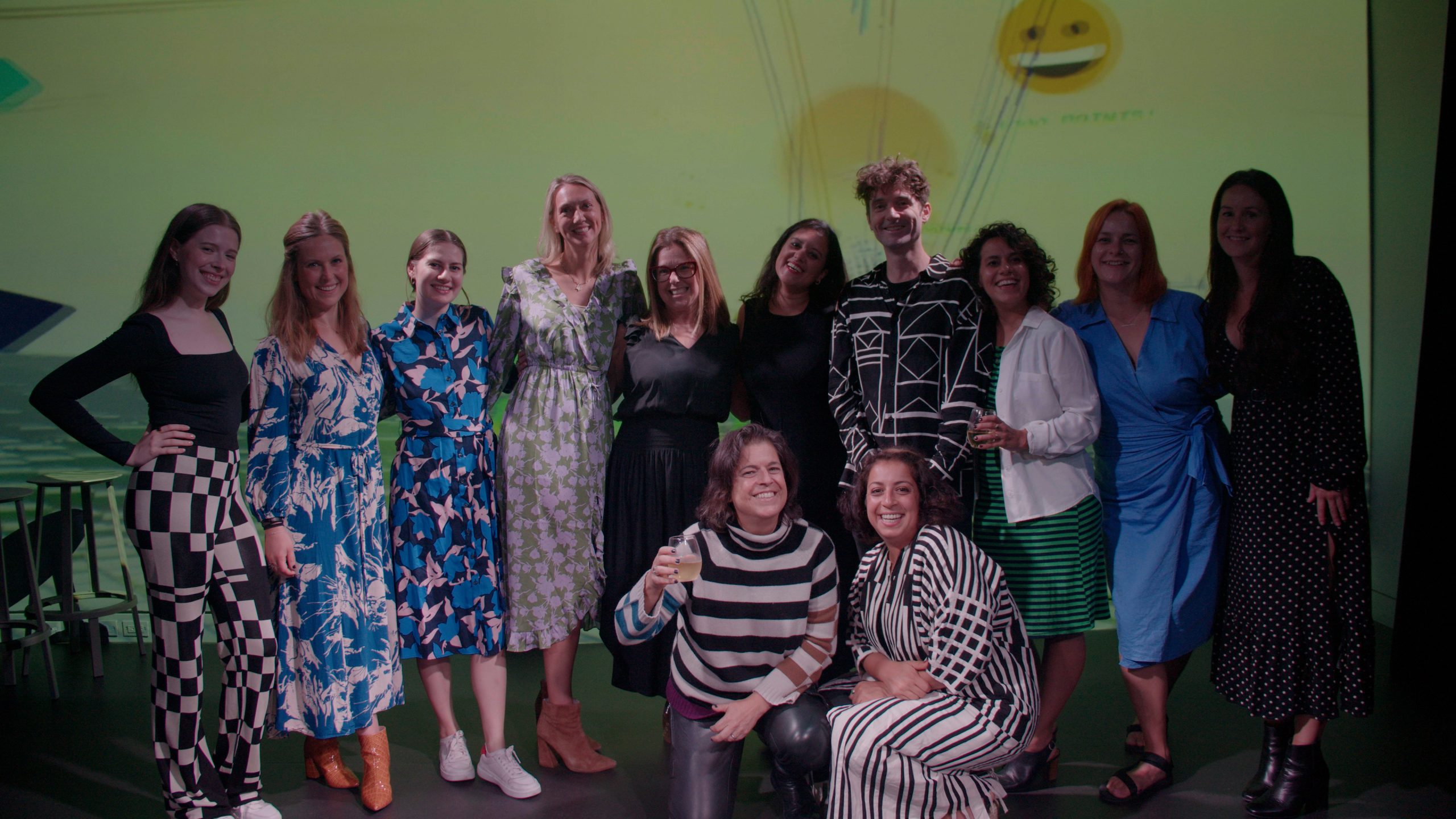 Follow May on social media and learn more about GOLIATH: PLAYING WITH REALITY.

Investing in the Future of Digital Play

Play is an important element of learning and development. When children engage in playful experiences, it can help them acquire important 21st Century Skills such as creativity, collaboration, and critical thinking.

Why Authenticity Matters in Educational Games

Learn more about Lost Recipes - a game that places players in the heart of historically-accurate kitchens to cook for ghosts from ancient Greece, Song Dynasty, China, and the Yucatan Peninsula.